this may work after all... 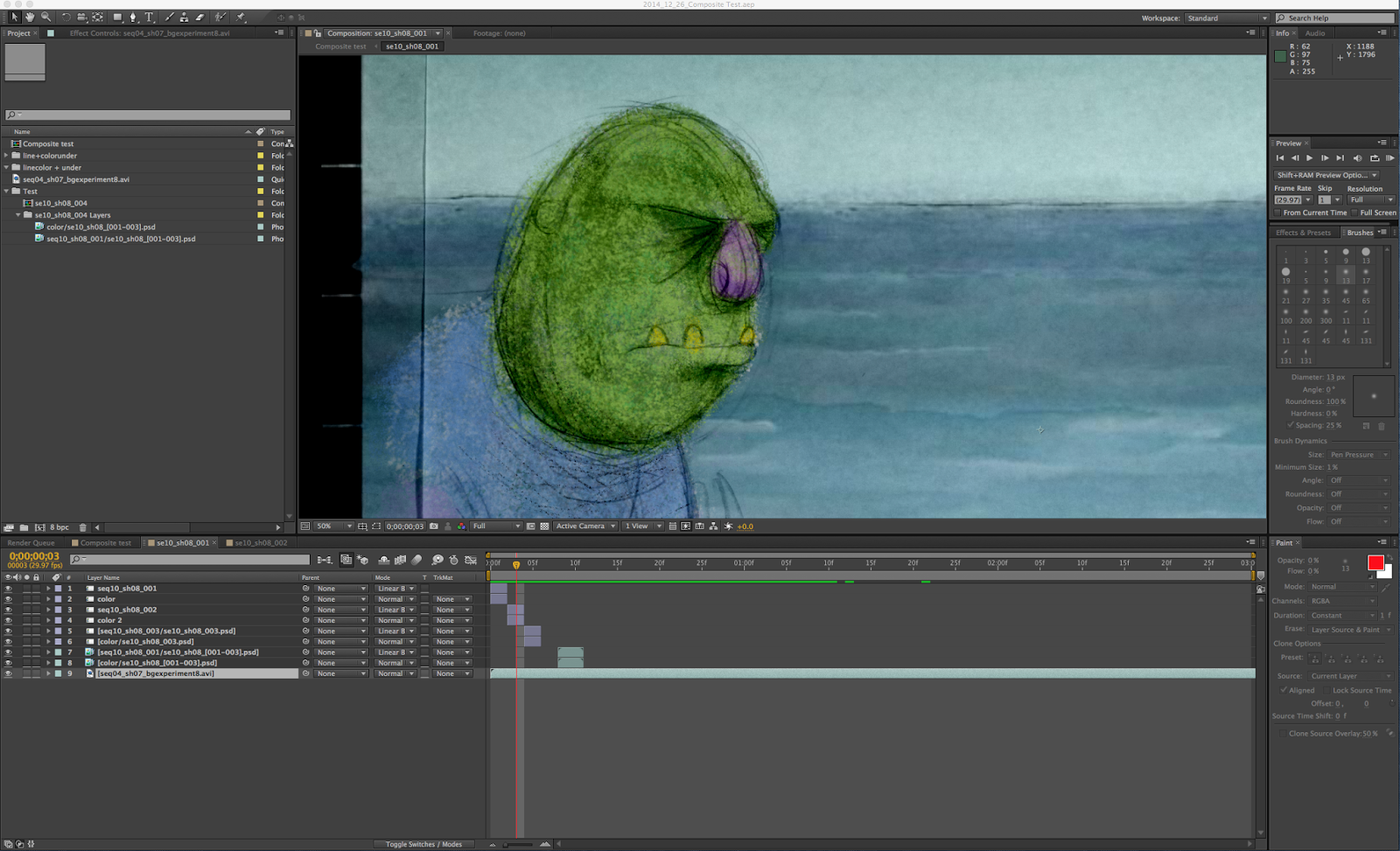 sitting here for over a week trying to figure out how to keep the linear burn blending mode in the lineart layer so that the character could be composited, in all their dirty glory (no clean lines and cartoon paintbucket fills, so help me Martha) against an animated, water/sky background without taking weeks of importing minutiae to do it.

here's the magic formula, so as not to forget:

update:
• will use the existing PSD's, with all their layers and imported as Photoshop Sequences, and apply a linear burn to the line layer (top), which achieves the same effect. will modify if this proves to much for the computer to process. 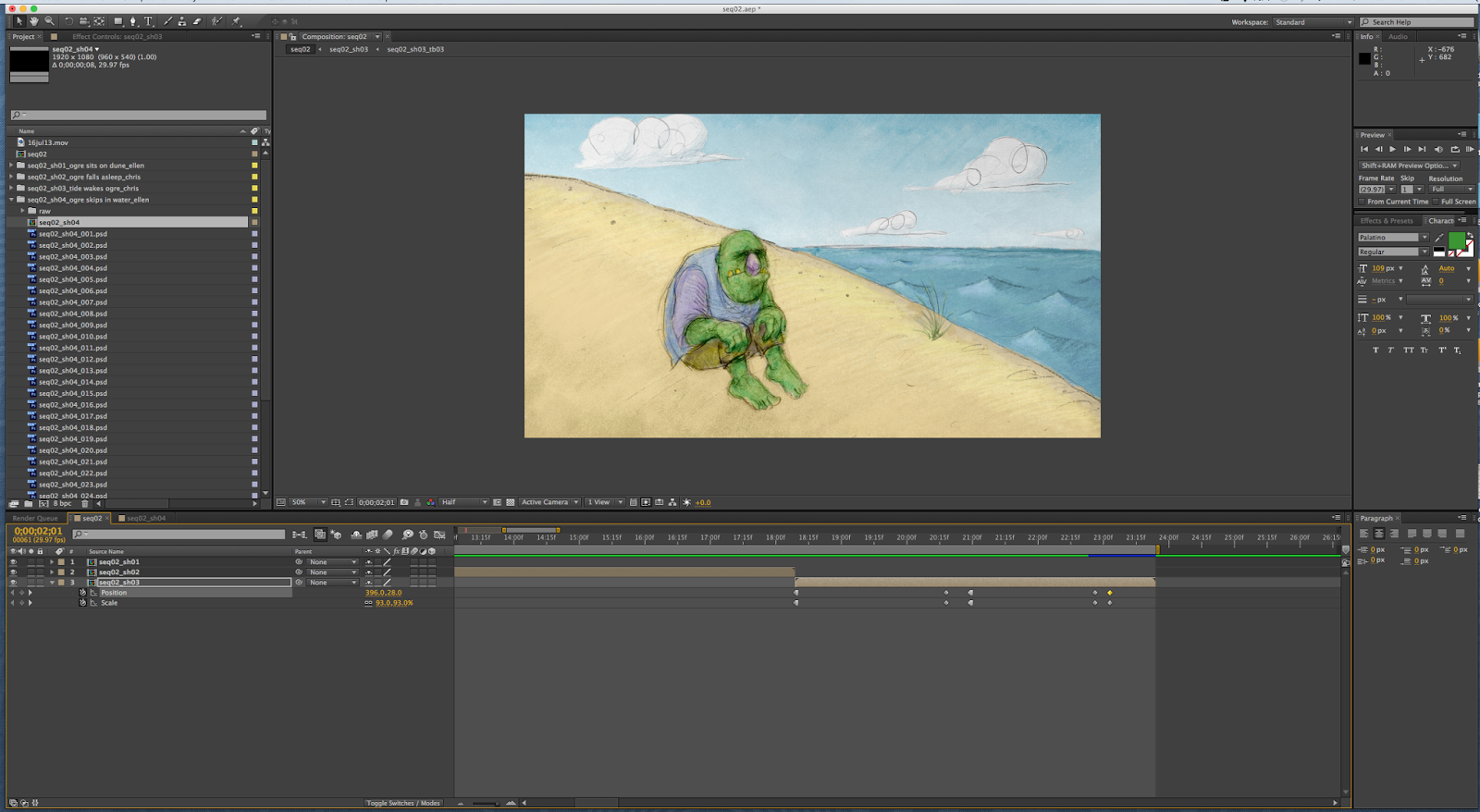 first stab at a tvpaint wave 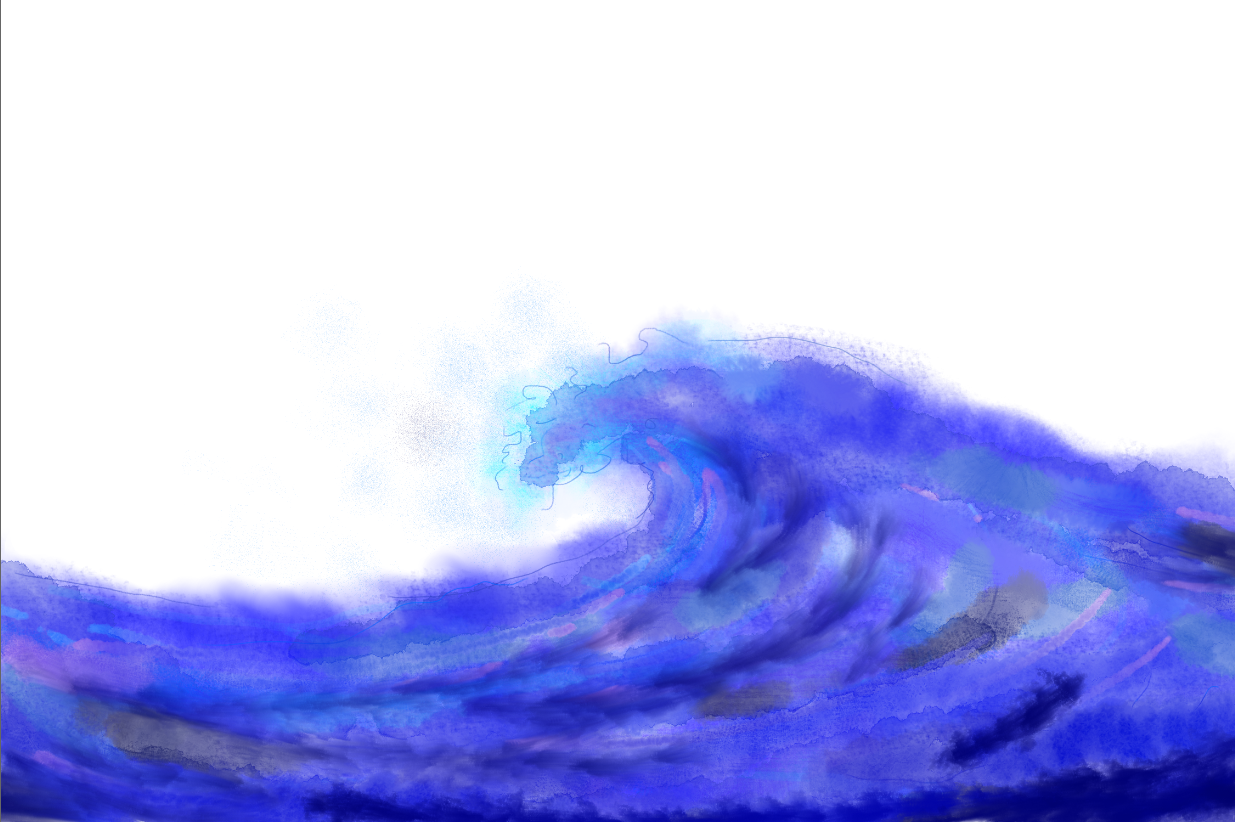 colors will change. this is a bit on the purple-y side.
Posted by baku at 2:45 PM No comments: